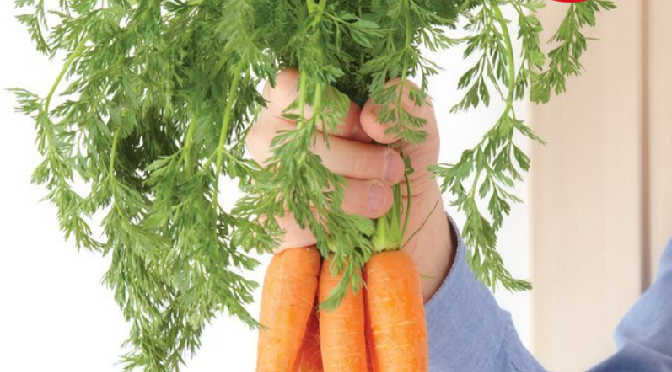 Carol interviewed a trio of sales comp experts to collect her tips:

Is there a better way to pay?

A good compensation plan is important to sales and difficult to craft. It has to balance the needs of both management and the sales team, be motivational but not too generous, and have enough complexity to address different business goals without being too complicated to administer or explain. It’s a tall order, and the reason many sales managers prefer not to update their comp plans often. Unfortunately, even a great comp plan can become out of date as a business grows or changes its strategy. Following are best practices for knowing when and how (and how much) to update a company comp plan.

According to Bob Kelly, chairman of the Sales Management Association, the first thing to keep in mind when considering a change to a compensation plan is that the plan can only do so much. “Sales comp is overrated in its ability to impact results and motivate,” he said. “It’s an excellent tool, but it’s not nearly as important as sound management, good direction, and role clarity: what they need to do and how it will be measured. The best salespeople are achievement oriented—but they have to be given a clear role beyond just bringing in a lot of revenue.”

That said, companies often need to make changes to address a business issue that can be anything from needing to improve revenue to reducing turn-over. “The best way to know it’s time to look at the comp program is if management isn’t sure everyone is having a ‘win-win,’” said Paul Dorf, chairman and managing director of Compensation Resources, which specializes in executive compensation plans, bonuses, stock, awards, and incentives. He noted that the starting point for any potential change to a comp plan is taking a critical look at the business to decide what metrics or issues need to be addressed and how—or if—a change to comp will accomplish that.

That doesn’t mean only “bad” comp plans need to be changed, however. “Most companies change their comp plans when they change their approach to the sales role,” said Donya Rose, man aging principal of The Cygnal Group, a sales compensation consulting firm. “Management might realize that the company has done a lot of ac count acquisition so now more account management is needed and the team has to be comped differently to recognize that role. Another common issue is after an acquisition. It’s very uncomfortable to have two people doing the same job and compensated differently, so those plans need to be aligned.”

There is no one right way to set up a comp plan any more than there is one right way to run a company. How the sales force should be compensated depends on a lot of factors, including the maturity of the company and its current business goals.

“Creating the right comp plan is the easiest part; the hardest part is management knowing what it wants them to do. It’s important to align the right type of performance,” said Kelly. “Companies can find themselves in a position when they are no longer compensating based on goals. The first questions to ask are: ‘What do I want them to do? What kind of customers do I want sales bringing in? How involved do I want sales to be in expanding relationships or handling other business needs?’”

Dorf noted that companies that want to emphasize new growth—whether by selling new products, bringing in new customers, or pushing into new markets—have to compensate accordingly. “Anything outside of their comfort zone is something a lot of salespeople will avoid,” he said. “It’s important that the company understand who the salespeople sell to and who they want to sell to. New plans can fail if salespeople aren’t enticed enough to sell it.”

As for how to do it, Dorf suggested assessing how long it will likely take to make the needed inroads into a new area and adjust compensation criteria ac cordingly. For example, a company might offer extra commissions on new products for the first two years and/or offer a smaller commission on products where the market is established and the sales don’t require a lot of effort so that salespeople focus on newer products to make up the difference.

Rose noted that the intersecting roles of inside, outside, and counter sales can also create wrinkles in an otherwise sound comp plan by not properly accounting for each person’s contribution or inadvertently setting up different sales people as competitors.

“Role definition is key,” she said. “A company may want its inside and outside people creating demand that is fulfilled at the counter. In distribution, the margins are so thin that it’s hard to pay multiple people for the same sale. If in side and outside sales are getting part of the sale, raise the threshold at which they get compensated. Doing so diffuses responsibility but incentivizes collaboration, but then the commission rates have to go down to accommodate it.”

Another option, Rose added, is to split the commission, but this can hurt collaboration between salespeople in the long run.

“It’s a change in behavior, so it may be necessary to keep that rate high for the first year or two as they make the adjustment, but over the long term, that higher rate is a drain,” she said. “To keep them from balking at the lower rate, explain that they should end up with more money even though the rate is going down. They are doing more and doing more for the company, so as they improve productivity, they get more money too.”

To manage compensation among different arms of the sales team, Kelly warned against letting customers perceive any competition between salespeople.

“They have no reason to favor one salesperson over the other; customers just want it to be easy,” he explained. “Typically, companies go with a team incentive in these cases. It doesn’t have to be the same for each person, but every person who participates in the success of that customer should get a reward. So, for example, the counter person might get an incentive for total business and another for key accounts. A direct salesperson might have more of his or her comp based on the account and a lesser amount based on total sales to that account.”

Predictably, salespeople will get a bit anxious when a new comp plan is being rolled out. All three experts agreed that the plan should not be so complex that it cannot be explained fairly easily and its features must be overcommunicated.

“Salespeople will always assume the new plan is more complicated—which just means ‘I don’t understand it yet,’” said Rose. “Provide plenty of explanations of any new terms or calculations and real-world examples.”

She advised that when possible, it’s helpful to give each salesperson a calculation of what he or she would have made the previous under the new plan. When that’s not possible—say, if goals have changed so the comparison is no longer meaningful—show what it would take for the salesperson to make the same amount as last year using the new goals. Rose also recommends having one-on-one meetings with the sales reps to explain what the changes mean for their ac counts or territory and strategize how they can maximize their revenue under the new plan.

“Ideally, use this change as a chance to have a coaching session,” she said.

Most importantly, Kelly said the company has to ensure that it can accurately measure the metrics on which the compensation will be based. “The sales force won’t buy in if they do not trust the system,” he noted.

To help ease fears and avoid legal land mines, Dorf recommended that sales, marketing, finance, and HR should all be in volved in deciding on changes to the plan. “Even if the change is beneficial in the long run, changing compensation can scare people and needs to be handled carefully. The last thing the company wants is for it to backfire,” he cautioned.

Donya Rose, CSCP,  is Managing Principal of The Cygnal Group. She is a recognized expert in sales compensation plan design, regularly speaking at conferences and writing published articles. She serves clients from F500 to growth-stage businesses, and advises WorldatWork on sales compensation hot topics and best practices.

Click on a topic below to see related posts